Galway is famous the world over for its warm and welcoming atmosphere. Unfortunately, this means that we not only attract welcome visitors, but also unwelcome visitors. And, here at Galway Pest Services, we’ve dealt with them all over the years.

When we think of common household pests and intruders, most of us will typically visualize rodents, wasps, cockroaches, bedbugs and all other kinds of nightmare inducing creatures. What’s more, as recently as 2018 it was revealed that Galway was the second most wasp infested county in Ireland!

So, here at GPS, we thought we’d compile a shortlist of the most common pests found here in Galway. 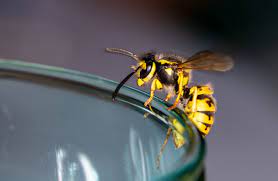 If you feel like your home could do with a professional inspection, feel free to reach out to our team here and we will respond immediately.